Silverbucket's instructions and documentation has moved to a new address:

Project listing can be sorted with a new number indicating the difference with budgeted hours and total of actual and allocated hours.

Table showing project's numeric values is now also available in day level alongside with the original hours based view.

Timesheet view has been improved with a number comparing realizations and allocations on a project level.

Archived and inactive instances are shown within the global search. They are sorted to the bottom of the lists to prioritize active instances. Inactive ones can still be found with specific search.

There has been less visible changes in April and May. We still have not been idling and we have done structural renovations. This allows us to implement some more interesting things in the future.

After all, sometimes you might actually need to delete a project or a person instead of just archiving. Now it is possible from the dashboards themselves. Still not by accident, you'll need to click couple of buttons to be sure.

Filter sets can be stored for easier use. It is now possible to set application wide public filter sets and your own private filter sets. 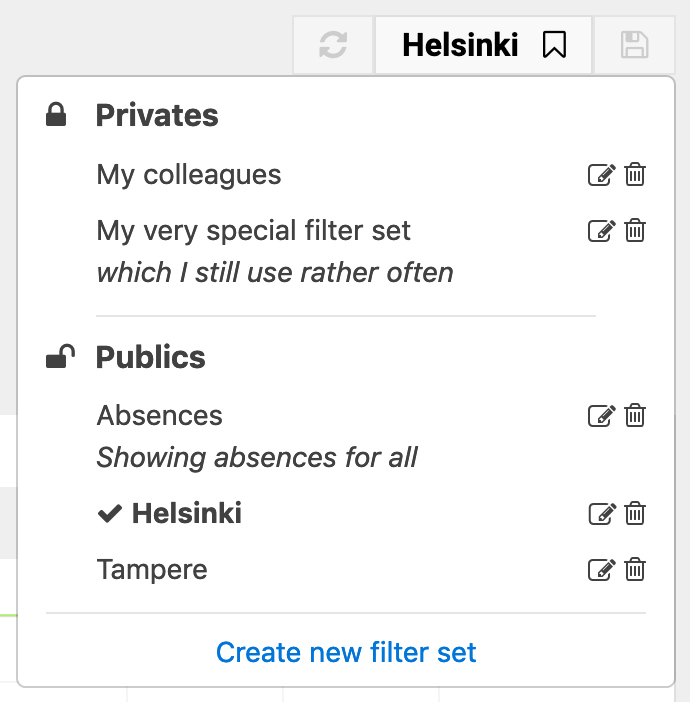 Free capacity indicator
There is now a red area on allocation grid that indicates the overload area. White area is the free capacity for the selected user.

On top here we are seeing the allocations (95%) made for this project, also visible with traditional blue area. 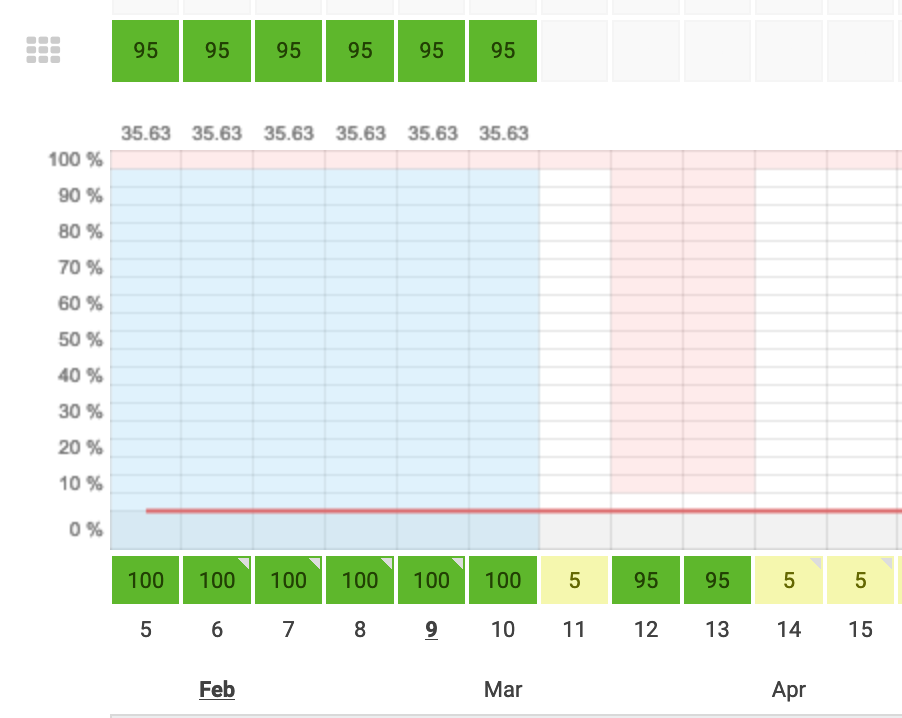 These numbers are now unified with project's progress numbers.

Dashboards are now similar to each other and more built together.

All information is now tied together to their own columns.

Including searching competencies, selecting them and also visualizing available options

Project progress graph got a facelift

Actual and future hours are now shown with bars instead of lines. Idea is that they no fill the available time together instead of just being one line among others.

This allows better indication of what the user is actual doing. In the older way user would only toggle the topics and this was not that very well understood feature.

Project manager has a new style

Flow when both tentative and requests are used together

You may create resourcing requests from tentative allocations and they can be approved  straight from the project's dashboard. Projectrole with a pending request is highlighted with a leaflet icon.

Brighter colors on allocations and graphs 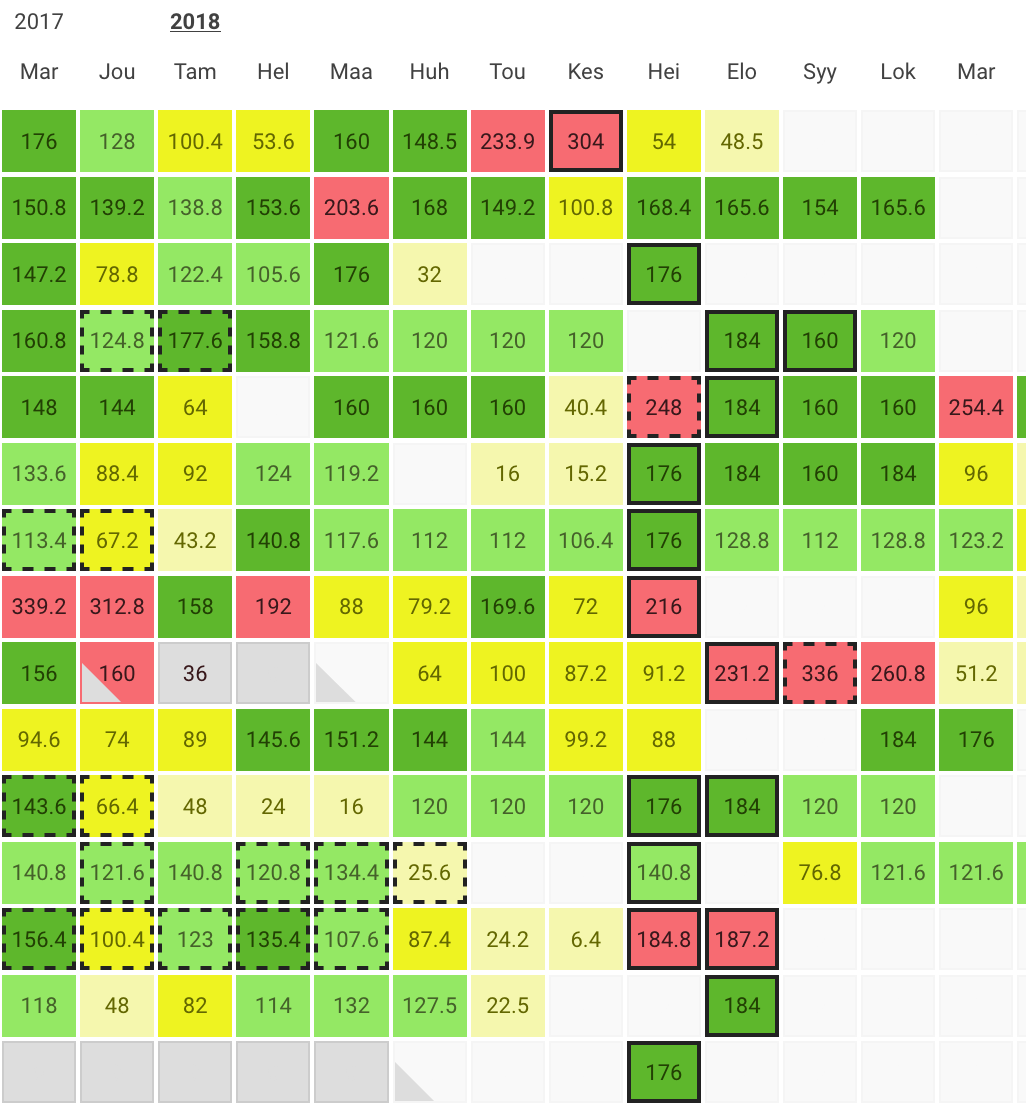